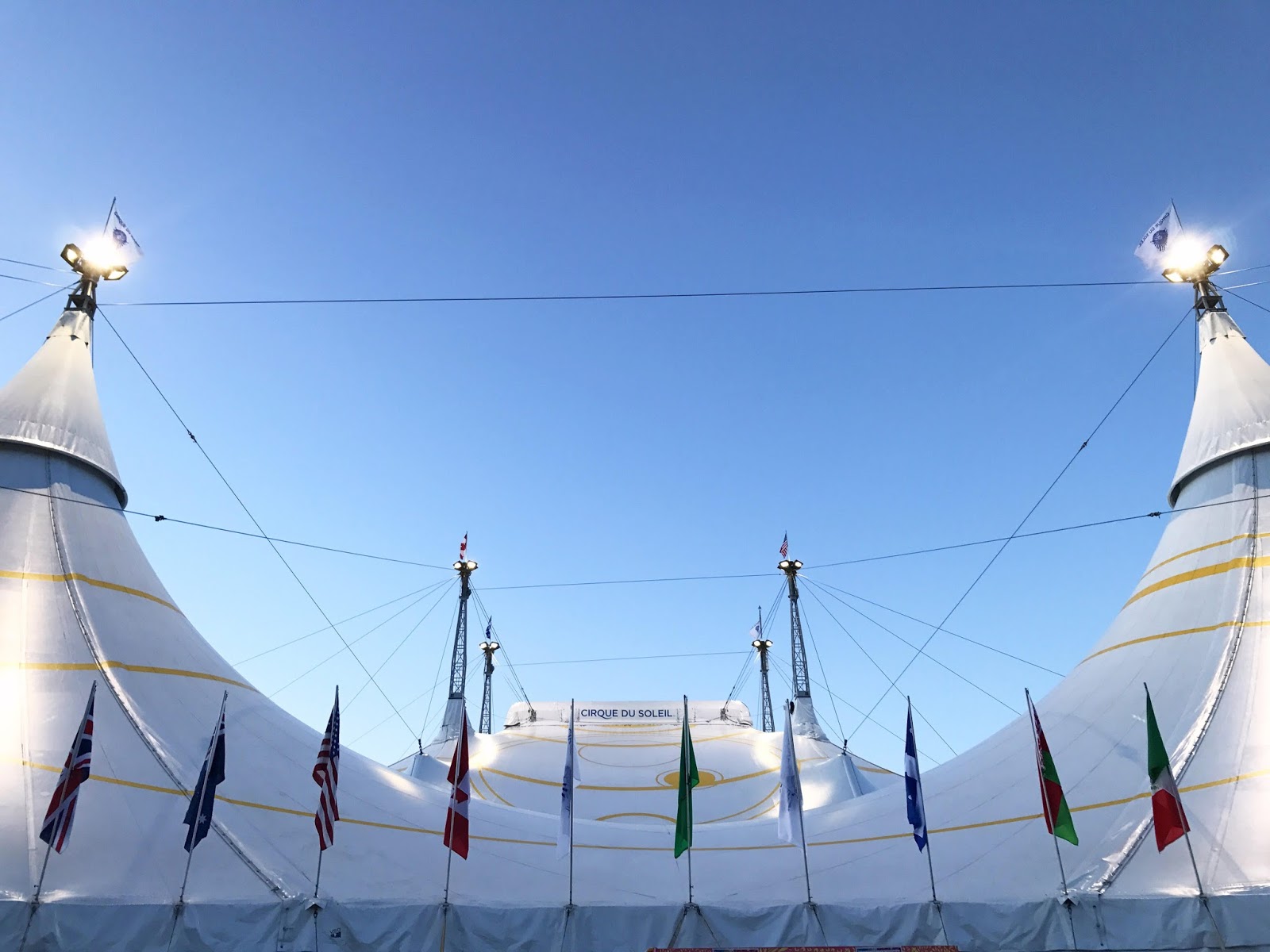 On Thursday March 30th, I
was invited to attend one of the opening nights for LUZIA by Cirque du Soleil.
I had always wanted to attend a Cirque due Soleil show so I was so excited!

If I could describe the show in one word it would be:
magical. 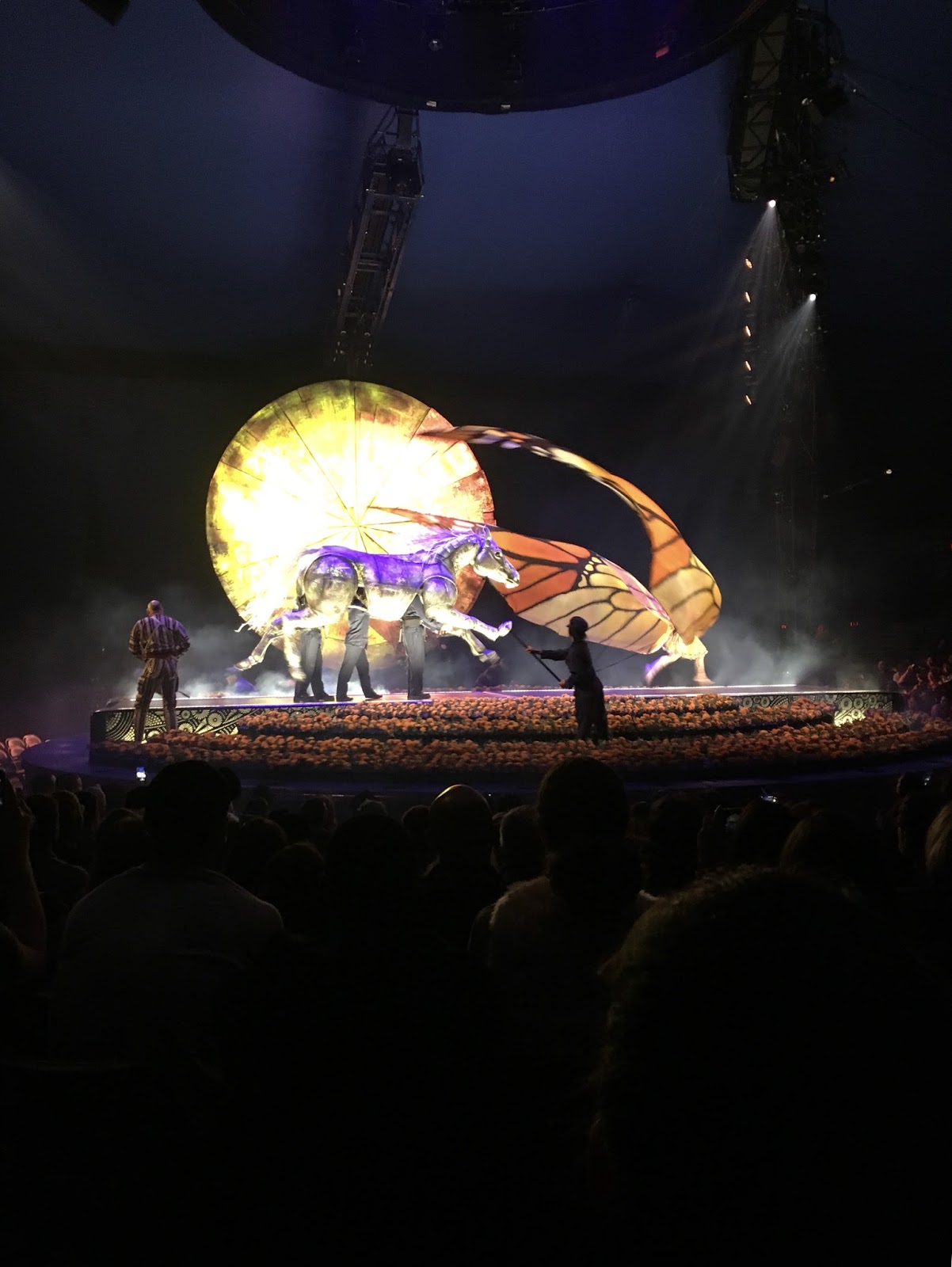 From the opening scene, to the transitions, to the costume
design, and the incredible moving stage, I was enamored by the incredible
stories of LUZIA. Here are a few of my favorite things about the show: 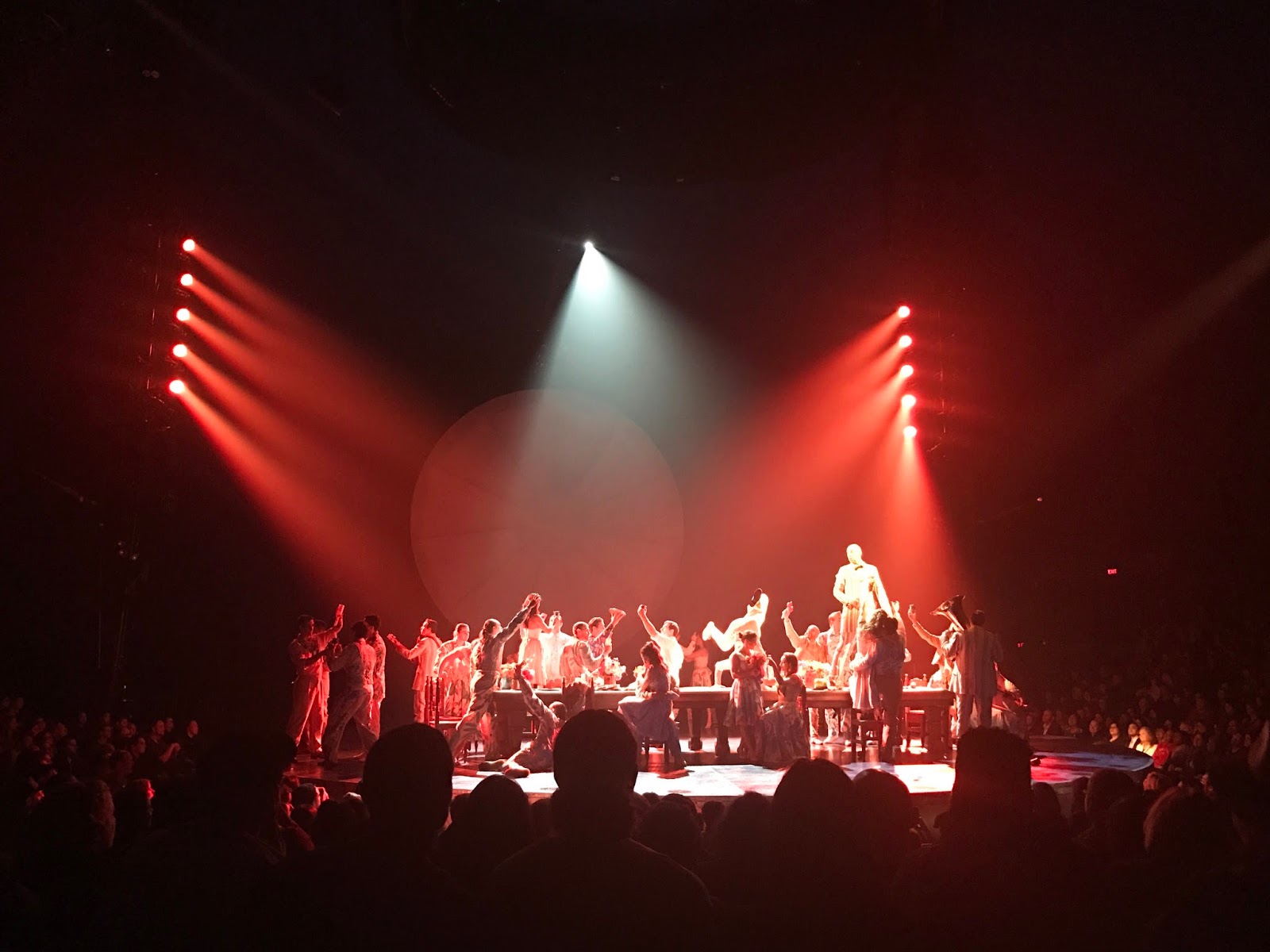 The
Humorous Protagonist: The opening scene was the protagonist falling
out of the sky and into his dreams. I wasn’t sure how this goofy protagonist
was going to navigate around the evening, but he played an incredible role as
the connection between the audience and the stage. Not only did he bring a sense
of humor to the show, but he also brought fun crowd engagement as
he refereed which side could cheer the loudest. 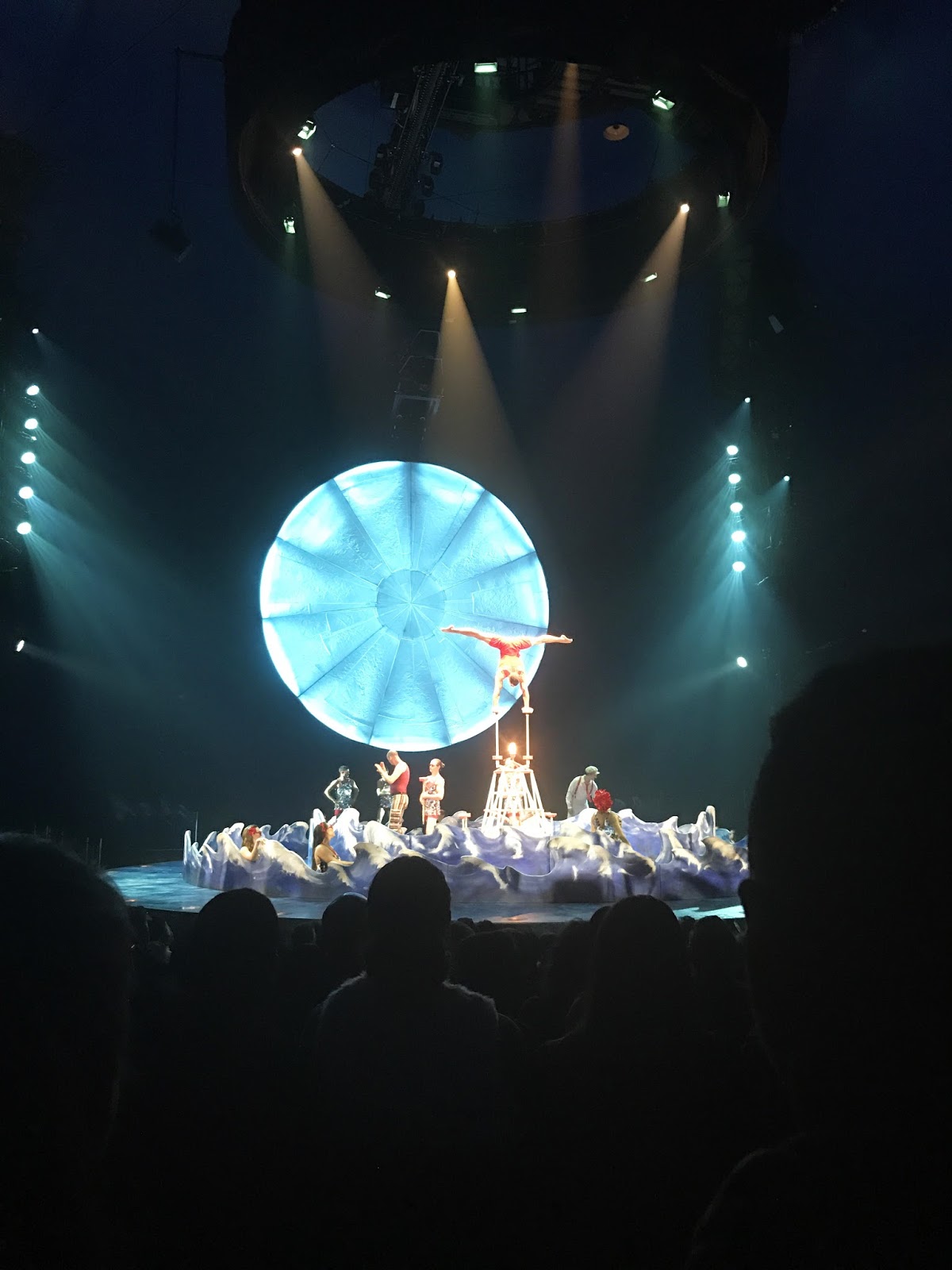 Acrobatics
& Athleticism: I was blown away by the acrobats, the ring
dancers, the swings, and more. As a former gymnast, I understand how difficult
it is to even just do a standing back handspring – back tuck.  The
acrobats weaved in and out of each other and even tumbled through hoops. The
stunts were breathtaking, exciting, and thrilling. I was literally sitting at
the edge of my seat for some the acts falling from the sky! 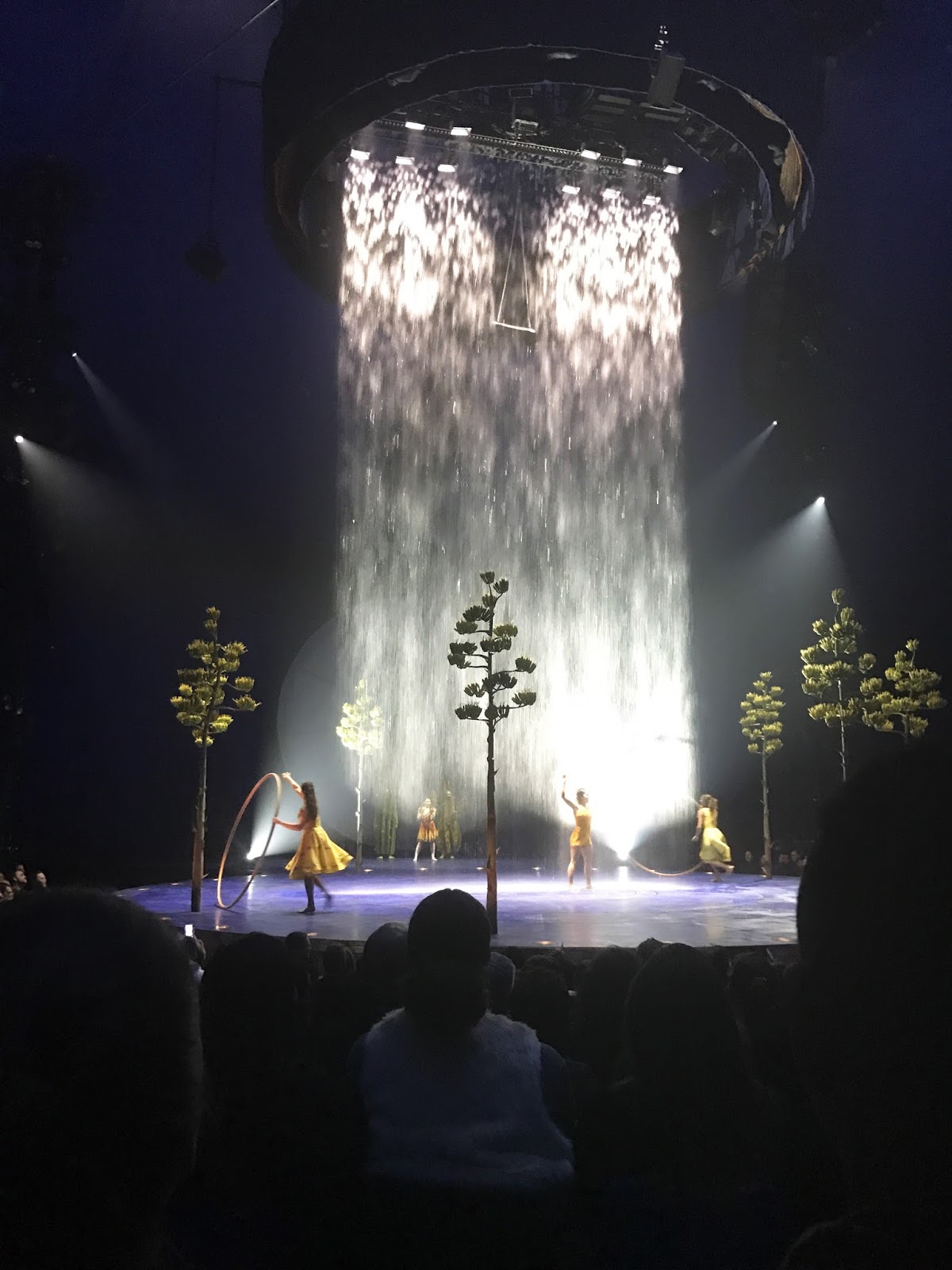 The Rain:
My favorite scene from the entire show was the trio of ladies who literally
performed while the stage rained. Two of the ladies rolled around and around in
their giant rings while the third swung from her trapeze. It was an incredible
moment for the audience when the stage began to rain. The rain was an element
of surprise and also an experience I will never forget. 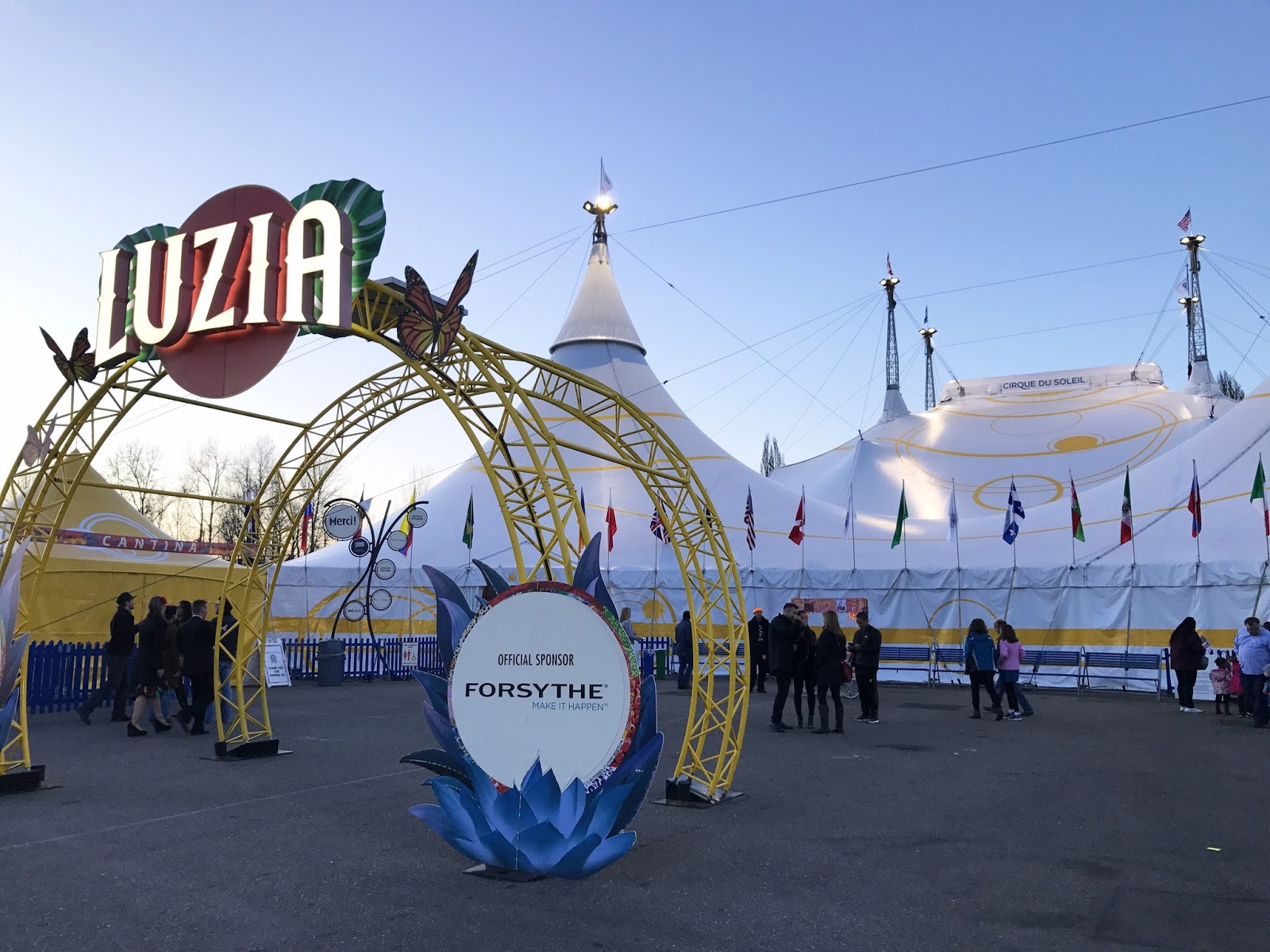 LUZIA is a show I will never forget!

I highly recommend watching a show
with either your family or significant other. Brandon and I had a wonderful
date night attending the show.

LUZIA has shows at Marymoor Park in Redmond, WA from March 30th–
May 21st 2017. You can purchase tickets here!